Standing motionless on the bottom and slopes of the picturesque Vorotan Gorge are the villages abandoned in the middle of the last century.

Remaining in Khot is the church Mrgadzori Khach (“Cross of the fruit ravine”), which, according to local lore, was built by a famous beauty having fled the harem of Shah Abbas of Persia. 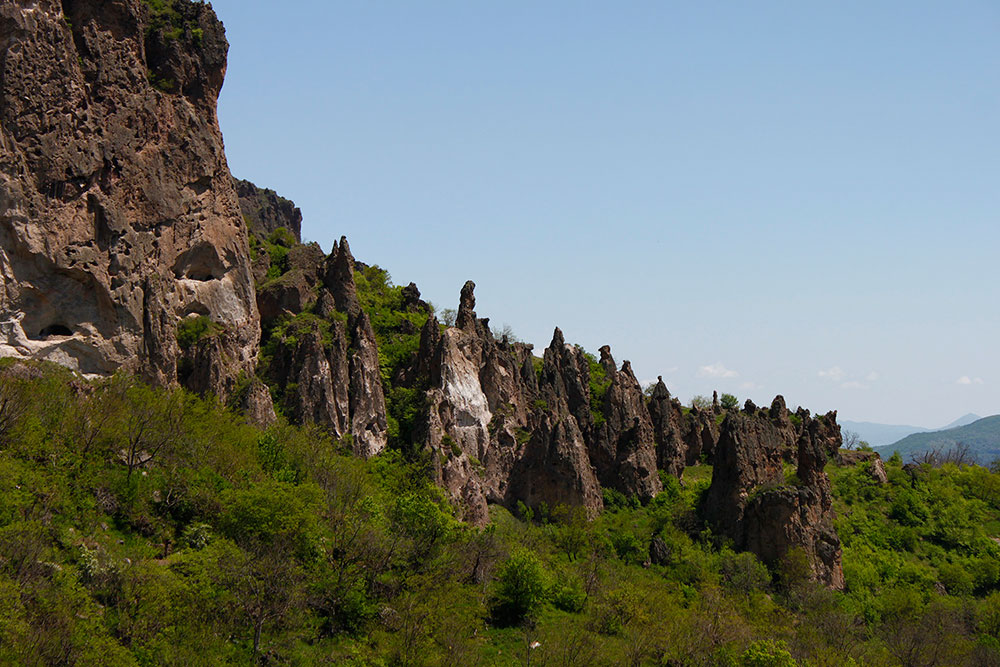 Famous for St. Minas Church (1821), waterfall and basin, which was filled with miraculous water that cured children of various illnesses, and women from infertility. In the summer, the church is thickly shrouded in vegetation, its roof and walls are covered with bright blue forget-me-nots. 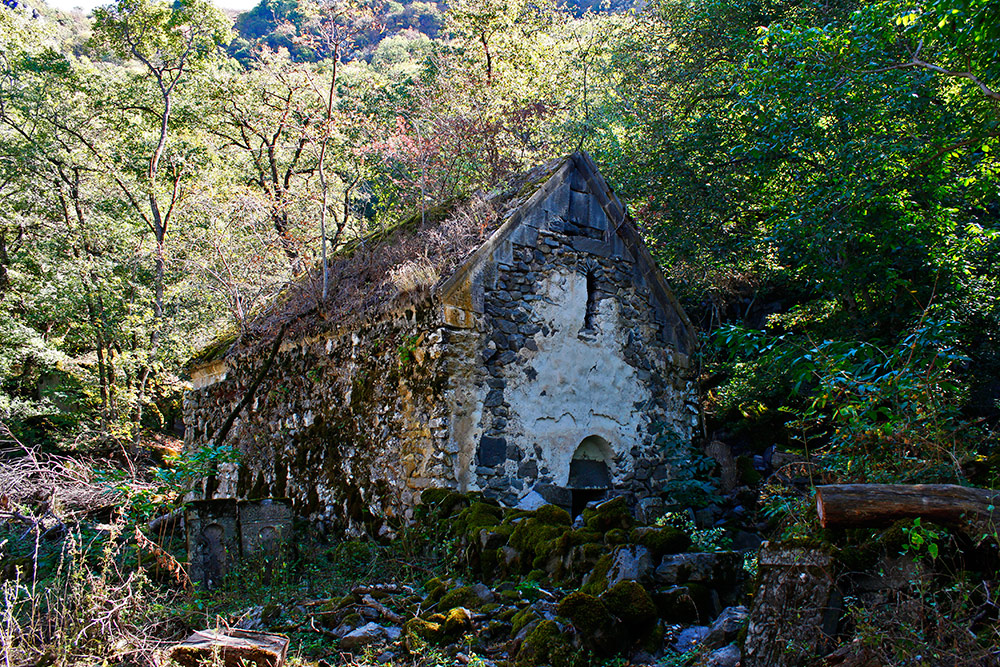 In the early 10th century, the village of Halidzor was gifted to Tatev. The village belonged to the monastery until the 19th century. The small stone homes of this yet another abandoned village were built with a cascade, traditional for Armenian alpine villages, where the roof of the lower home serves as the floor and courtyard of the upper one. 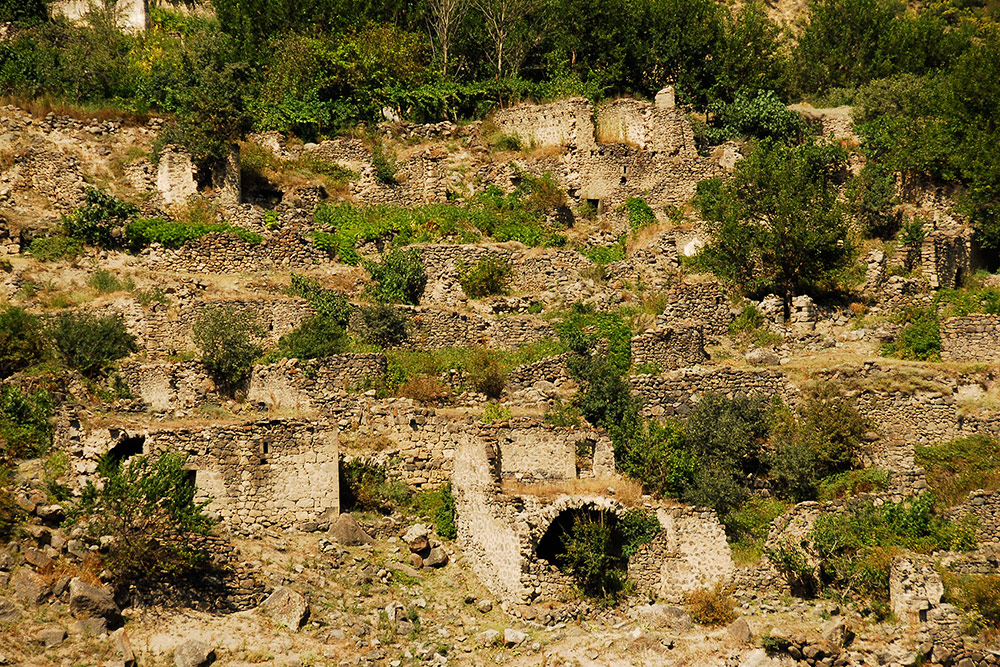 The village’s exact age is unknown. The 10th century is mentioned in the written documents studied to date, however, the very name of the villa, Shinuhayr (“Father of settlements”), evidences that it was among the oldest in Syunik. Evidence exists that a strong earthquake in the 13th century destroyed the village’s central church, built on the site of the former, which was constructed in the 4-5th centuries. The church was rebuilt after the earthquake and remains standing in Old Shinuhayr, in the Vorotan Ravine. Located here as well is a cemetery with numerous ancient gravestones, among which stands out a three-meter-tall cross stone (1261). 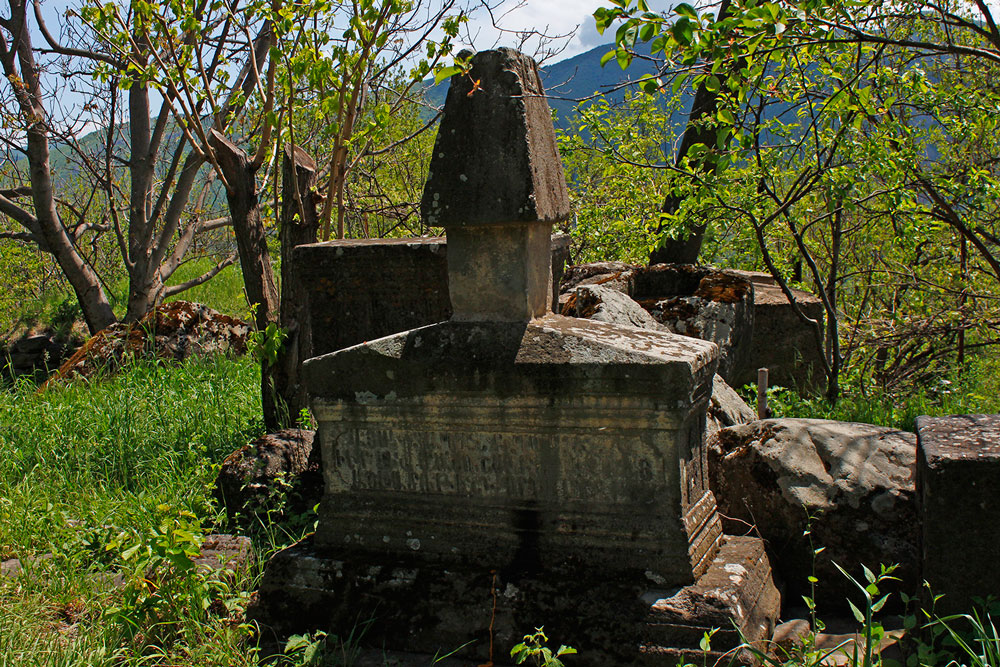 Learn everything about What To See in Tatev in the folowing sections: 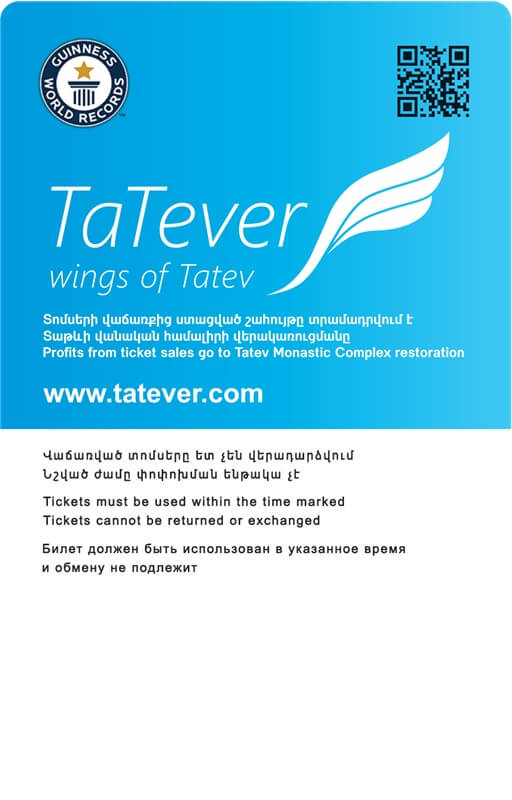 Dear guests,
The best engineers of the world's leading cableway construction and service company, the Austro-Swiss Doppelmayer/Garaventa group, will visit Tatev and, together with our specialists, will carry out annual preventive works, technical inspection and updates of the cableway.
In order to carry out the works, the cable car will not operate from December 1st 2022 to March 1st 2023.
Our top priority is customer safety and excellent service, which requires annual inspections and updates. Thank you for your visit and we apologize for any inconvenience caused.
For more information, please call: +37460 46 33 33, +37496 46 33 33.